A downloadable game for Windows, macOS, and Linux

Caves of Qud is a science fantasy roguelike epic steeped in retrofuturism, deep simulation, and swathes of sentient plants. Come inhabit an exotic world and chisel through a layer cake of thousand-year-old civilizations. Decide: is it a dying earth, or is it on the verge of rebirth?

Play the role of a mutant indigenous to the salt-spangled dunes and jungles of Qud, or play a pure-strain descendant from one of the few remaining eco-domes—the toxic arboreta of Ekuemekiyye, the Holy City; the ice-sheathed arcology of Ibul; or the crustal mortars of Yawningmoon.

You arrive at the oasis-hamlet of Joppa, along the far rim of Moghra'yi, the Great Salt Desert. All around you, moisture farmers tend to groves of viridian watervine. There are huts wrought from rock salt and brinestalk. On the horizon, Qud's jungles strangle chrome steeples and rusted archways to the earth. Further and beyond, the fabled Spindle rises above the fray and pierces the cloud-ribboned sky.

You clutch your rifle, or your vibroblade, or your tattered scroll, or your poisonous stinger, or your hypnotized goat. You approach a watervine farmer—he lifts the brim of his straw hat and says, "Live and drink, friend."

What can you do?

Anything and everything. Caves of Qud is a deeply simulated, biologically diverse, richly cultured world.

Words about Caves of Qud

“There’s a sense of magnificent history to dredge from its depths.” -Chris Priestman, Kill Screen

“Caves of Qud is one of the best roguelikes in years, packed with evocative prose and featuring a captivating world of arcane secrets to explore.” -Heather Alexandra, Kotaku

“Narratively, this is one of the most compelling game stories that I’ve seen in a long time.” -Charlie Hall, Polygon

The soundtrack can be purchased here: https://freeholdgames.itch.io/caves-of-qud-soundtrack

In order to download this game you must purchase it at or above the minimum price of $19.99 USD. You will get access to the following files: 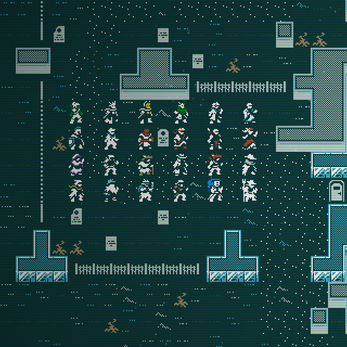 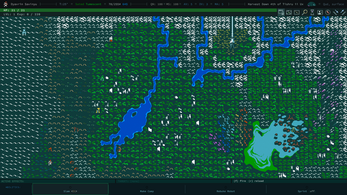 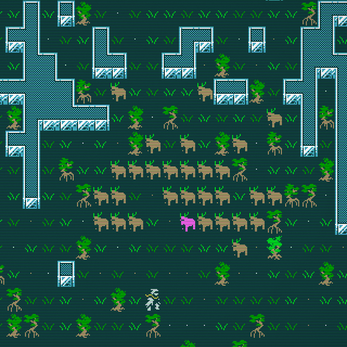 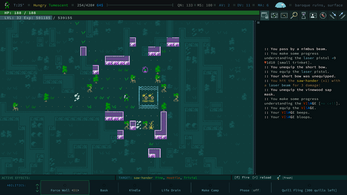 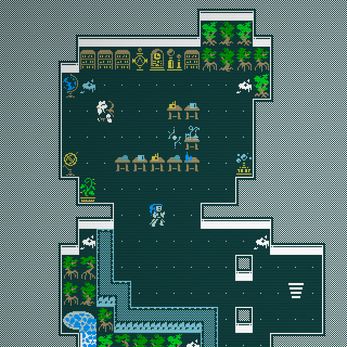 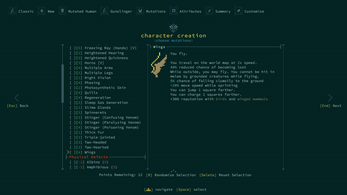 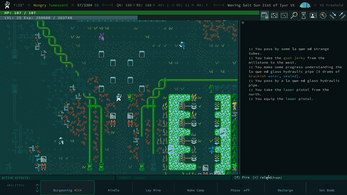 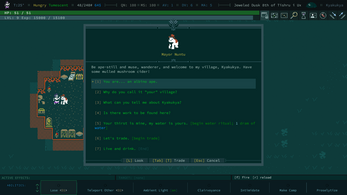